As You Claim Or As He Came? 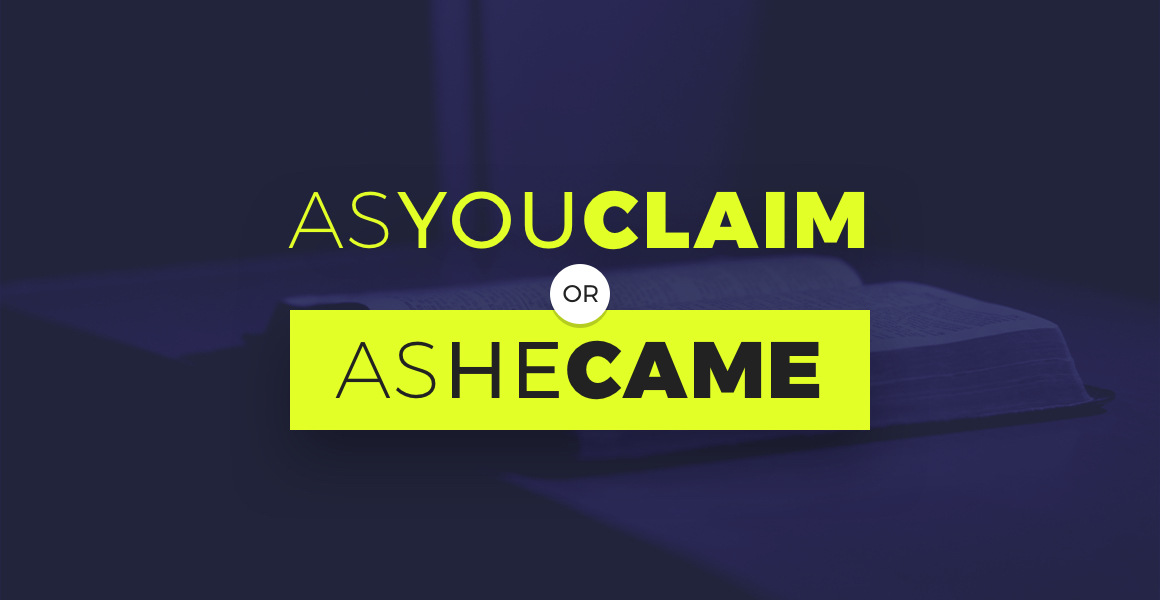 ‘He came to that which was His own [that which belonged to Him–His world, His creation, His possession], and those who were His own [people–the Jewish nation] did not receive and welcome Him.’ – John 1 vs 11 (AMP)

Many of the Jews in the days of “Jesus in the flesh” expected Him to be another sort of king and saviour than the one He claimed to be and, in fact, was. They wanted Jesus (or someone else) to come rescue them out of Roman oppression. He didn’t come to them on their terms or as they saw fit. And for that reason, they couldn’t accept Him, but rather rejected Him, for the way in which He came to them was unsatisfactory.

I propose that nothing has changed for many today. God comes to you nowadays in the form of His Spirit and through His Inspired & Living Word, but you do not accept it nor can you, for ‘It’ is not on your terms and conditions, nor is ‘It’ as you see fit. You rather neglect this way in which He now chooses to reveal Himself to you…You want God to appear to you in many other ways and to rescue you from all your bad decisions, your on-going sin and the consequences thereof. Yet you do not welcome the way in which He has chosen to do just that. You do not choose Him to help you, for His ways, which are higher than yours, do not meet your requirements.

And in doing so, you neglect the proof of your love for Him and the very evidence of your faith goes untouched:
A DAILY FAITHFUL LOVING DEVOTION TO THE WORD OF GOD – Reading It, Studying It, Memorising It and then Obeying It.

Really now… when was Christianity ultimately ever about you?
Who gave you the authority to call the shots on life, seen and unseen?
Yes Christ died for you, but ultimately it was for Him, His death for you is all about Him and that’s why we praise Him, adore Him, thank Him and bless Him.
Everything in our lives is to always go back to God in glory!
Especially believing in and receiving Him. Receiving Him as He is, for who He is, who He says He is, and all that He wants to do, and all the ways He wants to do it!

If you have truly accepted Christ as Lord of your life (AS YOU CLAIM) then why do you forsake His Word (AS HE CAME)?

‘In the beginning [before all time] was the Word (Christ), and the Word was with God, and the Word was God Himself. And the Word (Christ) became flesh, and lived among us; and we [actually] saw His glory, glory as belongs to the [One and] only begotten Son of the Father, [the Son who is truly unique, the only One of His kind, who is] full of grace and truth (absolutely free of deception). ‘ – John 1 vs 1 and 14 (AMP)

Ability VS Priority (wcgs)
Next

About the author : Jarrod Moore

Jarrod is a passionate follower of Jesus Christ, who is fully devoted to the Word of God. Jarrod is married to Tamzyn and together they have one awesome boy, Malachi Josiah.